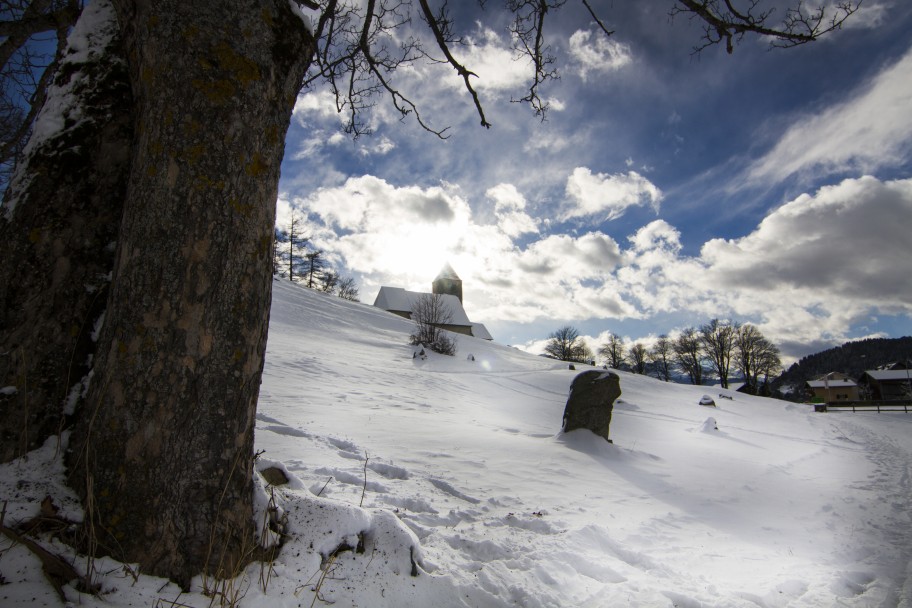 When the sun is shining and the mountain snow season is warming up, some great spring skiing can still be found throughout the Easter break! This year Easter Sunday falls early, at the end of March, making the chances of skiing plenty of snow covered runs in the warmer weather much improved! But, if you’re not sure where to find the best snow or Easter on-snow celebrations, whether you’re thinking of an Easter weekend away or a full 2 week, school holiday break, here’s our top picks for 2016’s Easter snow!

We’ve given you a choice of Easter skiing destinations for Switzerland for a reason! If you’re looking  for a weekend or even a week or two away with some simple scenic skiing and snow reliability, Saas Fee is the resort for you! Home to plenty of North facing runs and a glacier ski area that’s open most of the year, you’re pretty snow safe in Saas Fee! Plus, it’s an area know for it’s charming views and delightful village, and hopefully the sun will be shinning to complete your picture perfect adventure!

Alternatively, The Flims Laax ski area also offers a vast choice of ski runs and the Vorab glacier allows for an extended winter ski season. But, during this year’s Easter school holidays, Laax will be hosting their annual Snowsports competition and end of season party, The Brits. So, if you’re looking for a bubbling atmosphere, some added entertainment and plenty of on-snow apres, head to Laax between the 3rd and 10th April 2016.

Check out The Brits!

A particularly great place for the kids at Easter, Courchevel really knows how to go all out with the Easter celebrations! Alongside access to the vast ski area of the 3 Valleys, including Valthorens the highest resort in Europe and ideal for late season snow, Courchevel annually celebrates Easter in style! This year, their Easter Party on Saturday 26th March and the so called ‘Enchanting Stroll,’ come complete with a kid’s Easter egg hunt and Easter inspired costume performers, all sure to bring the festive weekend alive for the little ones!

Just after Easter, but still during the Easter University break for most students, Mayrhofen hosts their annual spring festival on the snow, Snowbombing! From the 4th-9th April you can hit the slopes and hit the Snowbombing festival in the mountain air.  With a week-long whirlwind of world class DJs and bands, in the idyllic alpine setting of Mayrhofen, Austria. Celebrate with Schnapps, make the most of the Mayrhofen ski area or take the bus to Tirol’s Hintertux Glacier for more snow covered runs!

Find out more about Snowbombing!

Cervinia is the highest ski resort in Italy at 2050m, so we couldn’t miss it off the list! For all those pizza and pasta lovers out there, Cervinia offers access to some of the highest slopes in Europe, making it a great choice for late season snow! It also shares much of its ski area with Zermatt, so you can enjoy a lot of what Swiss skiing has to offer and pay less for your accommodation. Plus the resort claims to offer enough runs to ski all day without ever repeating the same run twice, alternating easier runs with those of increasing difficulty.

Get to know Cervinia skiing!

There’s plenty going on in the mountains this Easter, but if you can’t make it away this year, there’s lots of snow inspired activities going on in the UK too. The Snow Centre’s kid’s sledging sessions, Family, Adult or Junior Ski or Snowboard Lessons or Lift Passes are all available throughout the Easter Break. And The Snow Garden for 2-5year olds is open Saturday and Sunday 9am - 3pm, and Bank Holidays too!

Whatever your plans, have a happy Easter on the snow!