Learn the Lingo of Ski and Snowboard Slang! 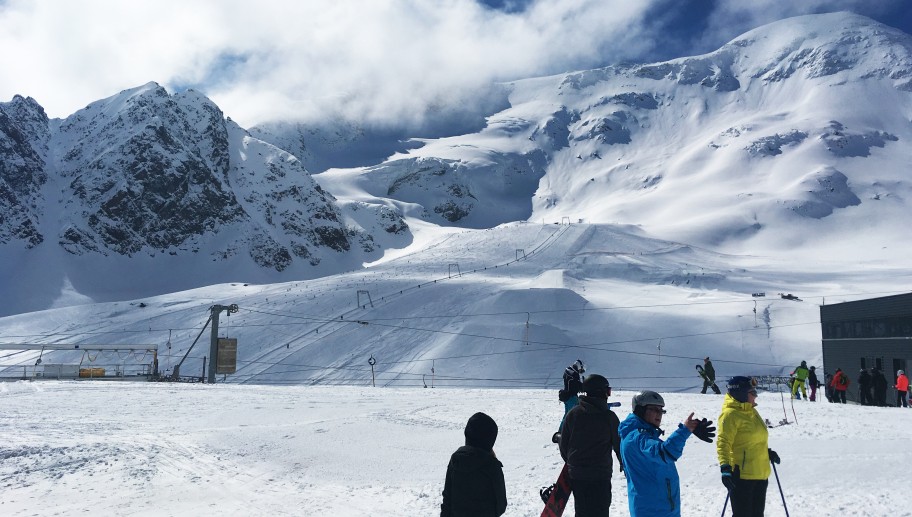 Beginner skiers, first time snowboarders and those who are pretty skilled on the snow, if you haven’t quite cracked snowsports jargon, here’s a little taster of the ski and snowboard lingo that everyone should know.

Snowsports lovers don’t use the word ‘dumping’ in relation to splitting up with a partner, it refers to heavy snowfall, which is usually followed by some amazing runs skiing or snowboarding in thick snow; otherwise known as a ‘powder day’ or ‘riding pow.’

A ‘white-out’ is not normally a good thing! A ‘white-out’ is when the weather comes in up the mountain and skiers or snowboarders are caught in a white cloud with little visibility.

The phrase ‘waist deep’ is commonly used to describe thick snow or powder. It’s definitely a positive to find waist deep powder on the mountains, as long as you don’t get stuck in it!

‘Grooming’ is carried out by a piste basher once the slopes have closed for the day. The piste basher will groom the snow to create what is called the piste, a flattened, compacted and smoother run of snow, ideal for skiing or snowboarding on.

A ‘lifty’ isn’t anything to do with getting a lift, it’s simply someone that works on the lift stations in a ski resort, or the button lifts at an indoor ski centre.

You might think the word ‘snowplough’ should refer to ploughing the snow, but it’s got nothing to do with ski slope maintenance. The snow is actually groomed by a piste basher, and a snowplough references the stance a beginner skier takes when learning to ski.

The word ‘traversing’ is thrown about by both skiers and snowboarders, and is simply the act of skiing or snowboarding across the slope from one side to the other, rather than heading straight down.

Is a cheeky term used by snowboarders in reference to skiers. Someone on ‘2 planks’ is a skier.

Skiers playfully remark that snowboarders slide on ‘trays’ down the mountain. The word ‘trays’ can be used to refer to the snowboarder themselves or the actual snowboard.

‘Twin-tips’ are a type of skis, commonly used for performing tricks. They have curved tips at both ends to allow the skier to move backwards and forwards with ease.

‘Freestyle’ is a style of skiing or snowboarding that involves landing tricks! ‘Flatland freestyle’ refers to tricks on the snow, but freestyle tricks can also be achieved on rails, jumps and other features in a freestyle park.

Mountain resorts and indoor slopes are often home to a freestyle park, where the more extreme skiers and snowboarders can practice tricks off jumps and rails. A ‘park rat’ spends most, if not all of their time in the freestyle park and neglects to explore the rest of the mountain.

A ‘kicker’ is just another word for a ‘jump!’ A pile of snow, shaped to allow a freestyle skier or snowboarder to ride off it and enjoy some time in the air or perform a trick before landing back on the snow. Subsequently, phrases like ‘getting air’ and ‘air time’ are then often used by freestyle skiers and snowboarders.

To ‘Jib’ refers to riding a snowboard or skis across a non-pisted surface; anything from a box, fallen log, to a rail. The art of ‘jibbing’ is simply carrying out this style of skiing or snowboarding. Those that take part in ‘jibbing’ are often called ‘jibbers.’

A ‘bail’ is not the temporary release of an accused person. In snowsports lingo, it’s taking a tumble on your skis or snowboard, falling over, a slam or a wipe-out.

And finally, ‘Après’ is of course that moment when you head to the bar for a well-deserved drink after a long day on the slopes.