HOME > NEWS & EVENTS > Equipment & Kit >How To Wax My Snowboard

How To Wax My Snowboard

Why do you need to wax your snowboard?

Well, most snowboarders will know that waxing a snowboard on a regular basis increases the life of the board and helps to keep it sliding for longer. It also improves the riding experience.

Instead of visiting a snowboard shop to get the job done, you can wax your snowboard at home yourself. This will save you some cash, but also give you the assurance that it’s done to your standards; which will be high, since it is your snowboard and you love it!

Your snowboard needs an immediate wax job if it starts to feel grippy and sluggish on the snow. Another good indicator for when it’s time to wax your snowboard, is if other riders begin zooming past you on the slopes and you're shredding as hard as you can; this probably means your snowboard is overdue for a good waxing. You can also tell if your snowboard needs waxing by the appearance of dry patches on the board’s base. 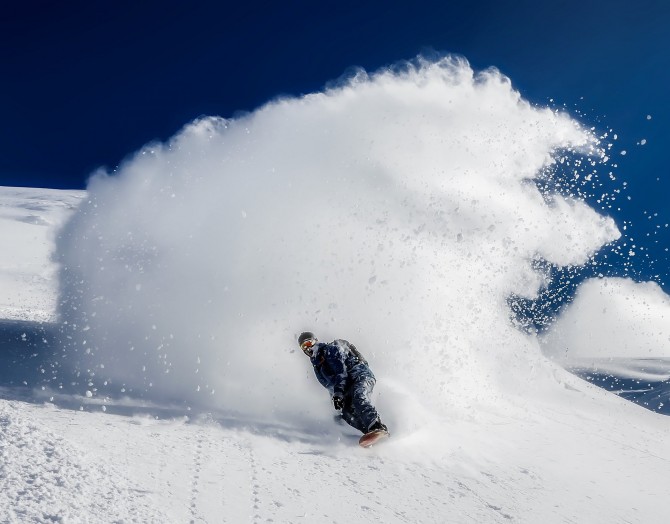 How to wax my own snowboard?

You should generally wax your board every third of forth time you hit the slopes. The process takes about an hour or so, from start to finish and can be easily completed in your home. Follow the steps below to pick up the pace and start shredding faster on a freshly waxed board!

What you need for waxing your snowboard

Buy a waxing kit (Around £40 without iron & £70 with an iron) This usually also contains;

You could make a one off investment in a snowboard specific waxing iron, which has good temperature controls, better suited to the purpose of waxing your board, and then you won’t get any sudden temperature fluctuations. Also, waxing irons have a very thick base which gives a better distribution of heat than a standard iron. This allows the board to absorb the maximum amount of wax.

If you do not have a specialized iron and cannot buy one, use an old, flat based clothes iron which does not have steam ejection holes. You need to test these irons beforehand by placing it to heat at its lowest temperature, then pressing the wax blob near its base. If you see smoke, then the iron won't do, because it will burn the wax due to its flimsy base. If your clothes iron works, then never use it on your clothes again, unless you want waxy clothing.

Your choice of wax should depend on the type of snow that you snowboard on; cold, warm, piste, powder or even indoors? As a beginner, it is better to use an all-purpose wax variety for the first few waxing attempts and then move onto something more style specific as you improve.

ZUMWax Rub On Wax for Snowboard

Visit Snow & Rock, Absolute Snow and even Amazon to pick up some of these waxes and other waxing tools.

A step by step guide to waxing your snowboard

Remember, no matter which method you choose to wax your snowboard, always do it in an airy and open area to avoid inhaling any harmful fumes that come from melting the wax. 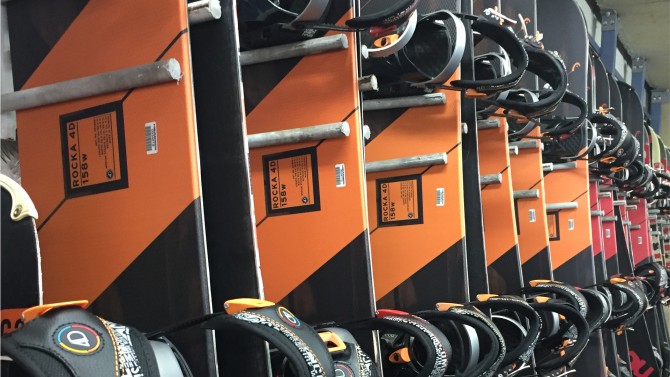 Where can I get my snowboard waxed?

If you don’t want to wax your snowboard yourself, you’ll be pleased to know most snowboarding shops offer a waxing service, but it will cost you!

Snow & Rock have a range of waxing services available, pricing up to £40.00 depending on what you want.

How often do I need to wax my snowboard?

New snowboards are pre-waxed with factory wax. So, although you won’t need to wax your board right away, keep in mind that waxing is a beneficial habit you’ll want to get into. Look out for the signs mentioned previously, that highlight your board is in need of a wax. It’s a good idea to consider waxing your board every third of forth time you hit the slopes for maximum performance.

A waxed board won’t make you a better snowboarder, but it will help to stop you getting stuck on flat terrain⁠—because the wax creates a smooth surface that glides more efficiently over snow allowing you to travel faster.

As far as board investment goes, waxing improves durability and therefore prolongs the life of your snowboard. The wax also serves as a barrier and provides base protection, if your board isn’t waxed regularly it leaves your base exposed to the highly abrasive nature and friction of snow, which will wear off your wax, allowing your base to dry. While every wax manufacturer will say their wax is the best, any wax is better than no wax!

If you don’t snowboard very often, plan to wax your snowboard a couple of times per season or when it shows signs that it needs a wax. For those who are out on their snowboards every week, I would suggest at least waxing your snowboard monthly.

When Should I Buy