The Snow Centre’s, Hemel Hempstead freestyle team landed podium after podium this week, at the legendary competition and annual celebration of UK freestyle skiing and snowboarding, The Brits.

The Brits 2017 was once again set in Switzerland’s Laax ski resort, where only last year The Snow Centre’s freestyle team had picked up 24 medals. Over the last week, the team worked hard to beat their previous success and finished the competition with a total of 40 medals across slopestyle, halfpipe, ski and boarder cross, and big air — a huge achievement for all those who participated.

With competitors traveling from far and wide to compete at The Brits, the event sees the best of British freestyle skiing and snowboarding, and participants battling it out across age categories. There’s also the chance to compete against or in front of international ski and snowboard legends, such as Jamie Nicholls, Billy Morgan, Aimee Fuller, Lesley McKenna and Ed Leigh — making The Brits one of the best competitions of the year. 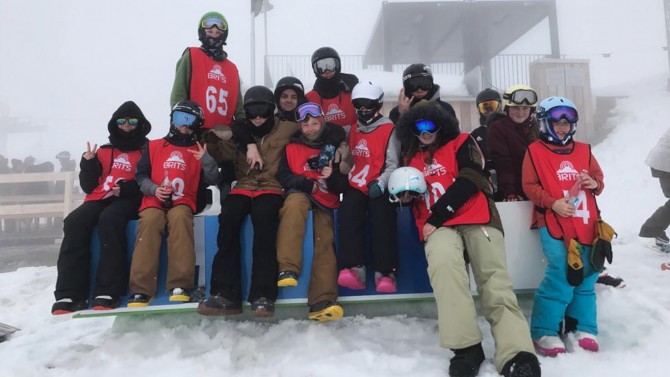 Amongst The Snow Centre’s competitors 12 year old snowboarder Sophie Smith walked away with 3 gold medals and 1 silver in the under 16’s big air, halfpipe, boarder cross and slopestyle competitions. A great success, in a category competing against riders up to 4 years older than her.

Meanwhile, The Snow Centre’s, Cerys Allen dominated the under 18’s age group, taking home gold medals in all disciplines and a silver in the overall boarder cross. Cerys also gave the big air skiing event a try, and managed to land a silver in the under 18’s category. Team mate, Lara Cabrera Myram also had great week. Having trained in the halfpipe for the first time just days before the competition, Lara won a bronze medal in the under 16’s snowboard halfpipe.

During his first week skiing on a mountain, David Gornalls hard work at The Snow Centre earned him a few podium spots at The Brits too. Taking a gold in halfpipe, slopestyle and big air, David is living proof that you can accomplish some pretty stand-up freestyle skiing skills indoors. 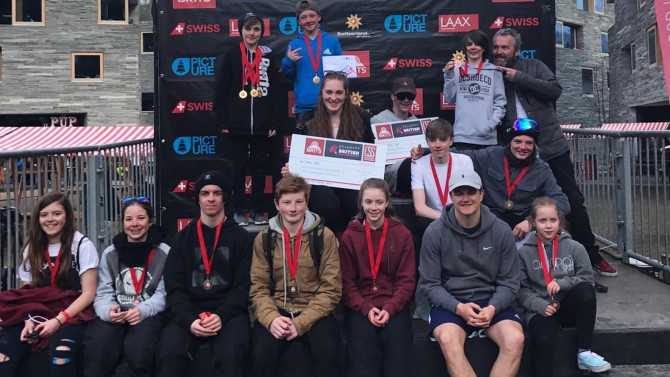 Despite a highly competitive field and a few weather challenges, many more Hemel Hempstead team riders brought home medals. Although Tuesday’s snowboard slopestyle competition dealt high winds and flat light, the team still delivered 6 medals. Eddy Livesey took a bronze and Sophie Smith landed silver in the under 16’s categories, Max Jorge made the podium with a sliver in the under 12’s, Harry Winnard claimed a bronze and Cerys Allen took gold in the under 18’s, while Aimee Fuller also picked up a gold overall.

Wednesday offered the competitors more disruptive weather day; in low cloud, freezing temperatures and flurries of snow, the ski slopestyle competition saw frequent pauses due to lack of visibility and the boarder cross had to wait for the sun to brake through to allow for the event to continue.

However, The Snow Centre team finished the day with 7 medals in boarder cross and 3 in slopestyle. Given the results, its probably safe to say the team didn’t let the weather get in their way. 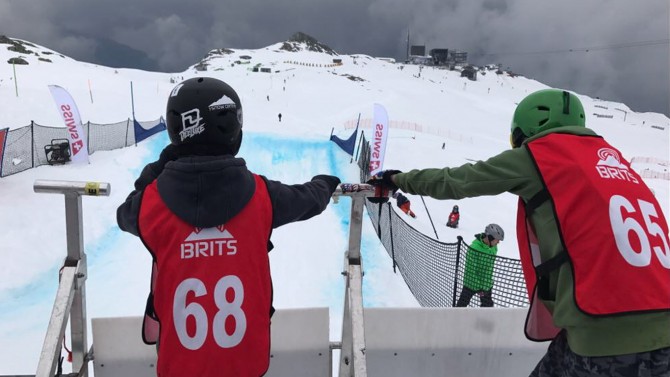 Thursday’s snowboard big air weather conditions dealt another day of rolling cloud and stop-start practice sessions. Taking it all in their stride, Sophie Smith still managed to win the under 16’s gold, while Cerys Allen took the top spot in the under 18’s category and overall silver, and Aimee Fuller topped the podium with an overall gold for The Snow Centre team. Max Jorge also picked up a silver medal in the under 12’s big air, while Liam Tynan took the bronze in the under 16’s.

Meanwhile, over in the halfpipe The Snow Centre’s skiers, David Gornall won the under 12’s gold for his performance, and Lexi Rowlands picked up the under 16’s bronze. 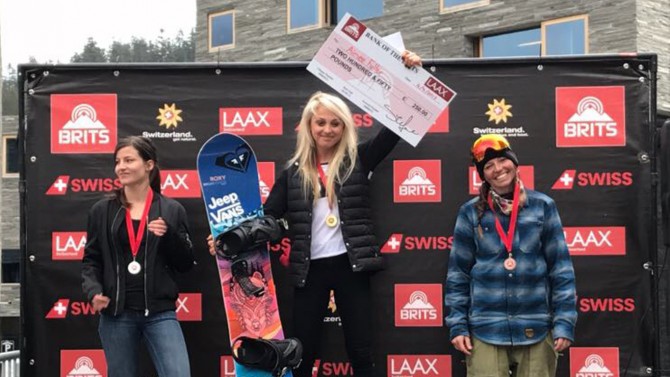 The Brits ski big air and snowboard halfpipe taking place at the same time, resulted in Friday being the biggest medal collection day for The Snow Centre team; with the ski and snowboard team picking up a total of 16 medals in one day.

In skiing big air, David Gornall won the under 12’s gold, while Justin Taylor-Tipton won gold in the under 18’s category and overall. Ella Taylo-Tipton and Cerys Allen both picked up silver medals and siblings Lexi and Mike Rowlands landed bronze medals in their categories.

Friday’s snowboard halfpipe was not an event to be missed! Alongside The Snow Centre’s freestyle team and skiers and snowboarders from across the UK, retired Olympic halfpipe legends, Ben killer and Lesley McKenna competed. It was always going to be a tough field, but once again that didn’t stop The Snow Centre team landing podium spots. 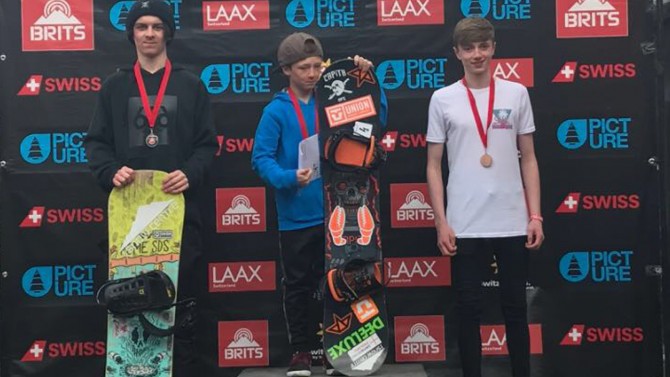 To complete the week, Cerys Allen also won £500 for the most stylish trick during the big air competition, supported by Championship Ski & Snowboard. Another year of incredible results for The Snow Centre’s freestyle team.

Freestyle Manager and Coach, Kris Amstutz said, ”I am incredibly proud of the team this week! As individuals, and as a team they demonstrated their ability to overcome challenges which they may not usually face at The Snow Centre. They had difficult conditions to compete in, but they didn't let it phase them, and they faced kickers triple the size they are used to and the largest super pipe in Europe. To come away with 40 medals as a team is amazing, and it is absolutely mind blowing for me as their coach.

The team has worked so hard this past year at The Snow Centre and it evidently has paid off for all of them. It has been an absolute pleasure to coach them and ride with them in Laax!

It's a great start for our team, but I would also like to say well done to all the regular snow centre riders who also participated in The Brits, some of which also received medals. I look forward to another year of competitions, filming and lots of fun!”