5 year old snowboarder, Travis and his parents travel from Manchester to ride the Friday night freestyle parks at The Snow Centre and visit their local slope about five times a week! Landing tricks kids three times his age are only just learning, Travis has caught the eye of many coaches and snowboard enthusiasts! Having recently joined The Snow Centre’s Sponsored Freestyle Team, SnowSure caught up with Mum, Lisa to find out just what has sparked this raw snowboard talent, in such a young, but enthusiastic little lad!

How and when did Travis get into snowboarding?
“Travis started snowboarding at 3 years old! His Dad is a snowboard instructor, so we bought Travis a board to see how he would do and it progressed from there. His Dad is mainly into it, I tag along on holidays, I’m not very good, but Travis’ little sister skis and boards. We just didn’t know how good Travis would be!” 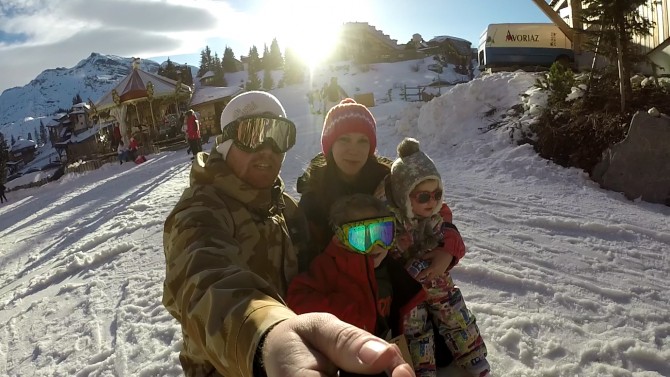 When did Travis start landing tricks on his board?
“He started landing tricks quite quickly at 3 years old. His first trick was a 50/50 on the box and when he was 4 he started backboard slides with grabs.”

What does Travis most enjoy about Snowboarding?
“Working on new tricks and he loves riding fast and hitting jumps!”

A lot of people are very impressed by Travis’ board skills, what does Travis think when he sees people being amazed by his tricks?
“Travis loves the attention he gets and loves riding with other older kids!”

What inspires Travis to land new tricks and get better and better on his board?
“Wanting to stay the best! His determination and watching snowboarding videos and trying to copy what he sees.”

What advice would you give to other parents who have youngsters keen to learn or progress in snowboarding?
“Patience and time is important, but most of all keep it fun!”

For more information on getting your youngsters into Freestyle snowboarding click here or for private lessons for ages 3 and up click here!