Freshly groomed, waist deep or an early morning dusting, snow is a ‘hot’ topic on the slopes of Hemel Hempstead!

And making and maintaining good quality snow indoors is a challenge The Snow Centre Team take great pride in! So, if you have ever wondered HOW or WHO makes the white stuff on The Snow Centre’s indoor slopes, you should be sure to meet ‘Keeper of the snow’ Dave Wilkinson and his Team. Technical Manager, Dave and his team plan the snowfall, temperature and grooming schedule for the slopes, creating varied conditions to suit different snow lover's needs!

Check out The Snow Centre weather forecast below or read on to find out how our team make the right snow conditions for your visit!

Get The Snow Centre Hemel Hempstead weather forecast here. Access the forecasts along with snow reports and changes to our slope grooming schedule! 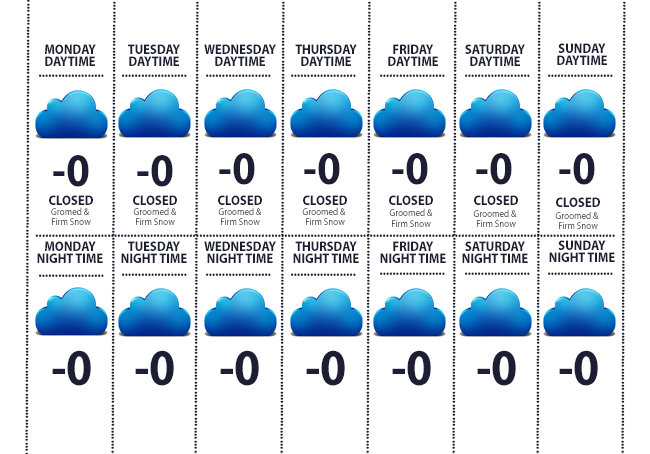 Please note: The forecasted conditions are only a guide and may be subject to change.

Just like on the mountains, indoor snow is made using a cold environment, water and air.  Indoors  the challenge is in offering snow conditions to suit everyone!

Keeping cool: Dave’s Team create a cold environment in what’s known as the ‘ski box’, an enclosed area around The Snow Centre’s slopes. To keep it cold, 30,000 litres of anti-freeze is cooled in two large chillers and pumped under the slopes and into the area up on the gantry (a walkway that runs along the ceiling). Because the underfloor coolant keeps the snow cold, the air temperature can be kept at -2 degrees during daytime skiing; this is a lot more agreeable than the night time snow making chill of -6 degrees.

Making snow: Snow making itself requires water, air, temperature control, timing, a large water tank and pump, eight powerful snow guns mounted on the gantry, two portable guns and a snow load of knowledge and experience to get it right. In the mountains crystals are found in the clouds before they turn to snowflakes, but indoor centres make snow crystals themselves.  These pure crystals fall on The Snow Centre’s slopes at night and it takes all 10 snow guns running for four hours to create a 2mm layer of snow spread evenly over The Snow Centre’s slopes. With the snow laying half a metre thick – there’s a lot of snow making to do!

Keeping it fresh: As The Snow Centre is open all year round, there’s no time for ‘old’ snow to melt, so to maintain good quality conditions the old stuff must be removed regularly! Snow becomes ‘old’ when it’s skied or groomed often by the piste basher; which causes the snow structure to break down and become soft and sugary like spring snow in the mountains and more importantly becomes a lot less fun for snowsports lovers. Protecting the snow quality is a huge priority for The Snow Centre Team and the reason why after night time grooming the snow is left to settle for at least 6 hours so it can go hard again. 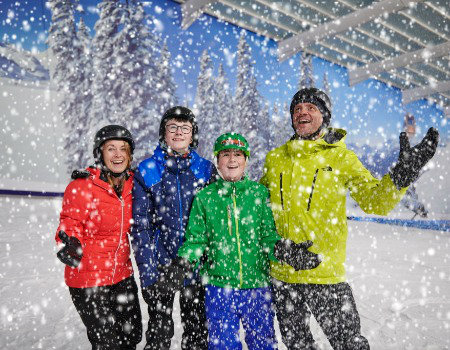 The word from the slopes